by DICE AND THE ACID WARRIOR LORD 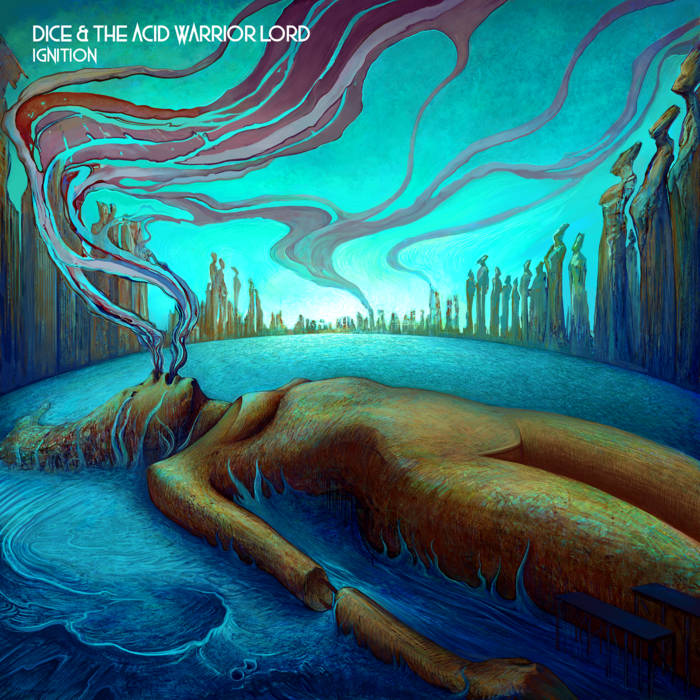 Zombie Shark Records has signed Ukrainian rockers Dice & The Acid Warrior Lord. The group’s debut album ‘Ignition’ is available everywhere music is streaming and at www.zombieshark.net; with proceeds going to volunteers in Ukraine.

Label founder, Noah “Shark” Robertson (The Browning, Motograter, Jeffrey Nothing) states, “I received a compelling message from this Ukrainian rock band and I knew I had to help them. The band is unique and interesting, but beyond that, they are making a valiant effort to release their music and help their country and there was no way I could ignore that.”

A message from Dice & The Acid Warrior Lord,

“Today our country is in state of war with Russia. Our houses are destroyed, our capital city Kyiv is under attack by heavy war machines and aircraft. People dying all over Ukraine and our hometown Kyiv.

Our band is divided by hundreds of kilometers and by unbearable circumstances.

But we have already recorded and mixed a full album. Songs were written and recorded from 2019 to 2021 (mastering was done in Jan. 2022). Somehow it appears that a lot of songs (and even cover of the album) represents the current events in Ukraine (war), and some songs on album got strictly anti-war message.

All money from sales will go to volunteers in Ukraine. We don't need money, we just want to release our music before we all die.”

‘Ignition’ was recorded and mixed in Kyiv, Ukraine. Cover art by Alexandra Gorodetska.

Dice And The Acid Warrior Lord is: