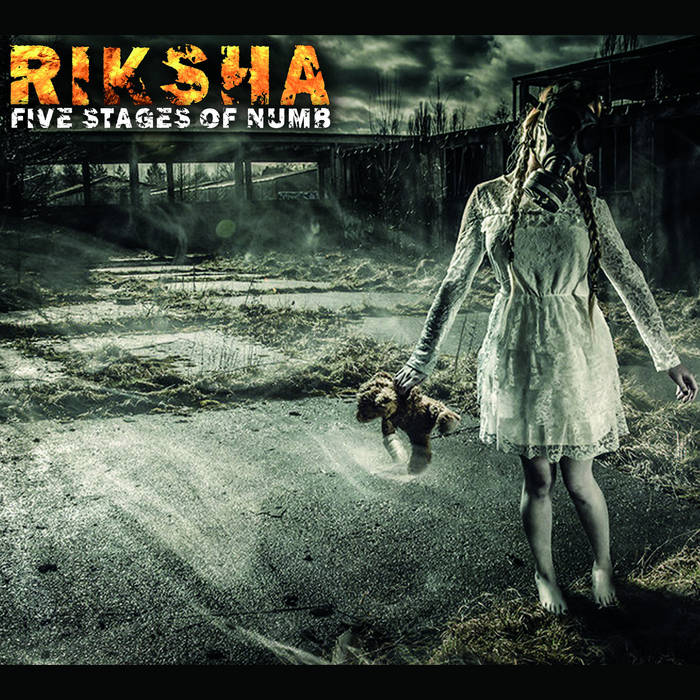 Riksha have released the Official Music Video for the track "Shovel It" here: youtu.be/LV3d_G_Wdv4

The band has also released a computer animated music video for the title-track “Five Stages of Numb” produced by Vladyslav Tsarenko which can be viewed here: youtu.be/g3Vyz8OkTEE

Riksha’s sound is affectionately known as “throg”, a mixture of “thrash” and “progressive”. The band can best be compared to groove metal and nu metal bands such as Mudvayne, Tool, Pantera, Coal Chamber, Soulfly, Nothingface, and American Head Charge.

Riksha frontman Palmer states, “We couldn’t be more excited to be working with Zombie Shark Records and the great bands they represent.”

Riksha have released 2 previous studio albums recorded by Bruce Kirby at Boho Digitalia Studios - ‘Dream Drops Red’ released through Dark Harvest Records and the independently released ‘Night Begins’. Riksha burned up the underground metal scene in 2012, winning Project Independent’s “Industry Panel Favorite” voted on by a panel of producers, A&R reps, and record company owners. Since then, the band has purchased a 1973 Eagle Tour Bus and has hit the road throughout the US. Riksha is currently making plans to tour the U.S. in support of their upcoming release.

Zombie Shark Records label manager Michael Boodagh states, “Riksha is a growing artist that is continually perfecting their craft. I am pleased to welcome them to the ZSR team! I can't wait to see what comes next!”

Riksha takes four guys and squeezes out as much sound and energy as possible. With a combination of both melodic and in your face vocal and guitar styles, Riksha hammers away with a musical montage of aggression, power, and strength to create a new and bold sound.